Situated just south of the center of Rensselaer County in upstate New York, the Town of Sand Lake was officially formed on June 19, 1812. It was comprised of 21,968 acres, much of which was part of the East Manor, belonging to the excessively wealthy and politically powerful Van Rensselaer Family. By the mid-nineteenth century, the population of the Town of Sand Lake exceeded 2,000 people. In 1875, the residents would number 2,572.

The hamlet of West Sand Lake is located in the northwest portion of the town. It radiates from the junction of two roads, one of which was the Albany Plank Road, and led westward to Albany, New York, while eastward, it meandered through small villages, all the way to the state line, that road is now simply known as “Route 43”. The crossroad in the center of the hamlet led north toward Troy  and south through a number of small villages, that road is now known as “Route 150”.

Not far from the center of West Sand Lake , there were clothing and fabric mills, sawmills and other mills. Neighboring communities in the Town of Sand Lake also contained wooden structures, including mills, factories, and hotels. Because lakes, ponds and streams were plentiful in the region, which was in close proximity to Albany and Troy, West Sand Lake was a summertime resort during the nineteenth century.

A public meeting was held sometime in 1872 to establish the fire company under the short lived West Sand Lake Board of Village Trustees. The Fire Company was established after several large and very costly mill fires.  The board of trustees was dissolved circa February 1876 when the West Sand Lake Fire District was officially established.  On the 1894 Fire Company charter, the company’s name is shown to be “Volunteer Fire Company of West Sand Lake”, and the charter lists all of the founding members including the 7 members of the Fire District all of whom owned mills in the area.

It is assumed that, from 1872 to April 1874, the firemen were using the bucket brigade system. In April of 1874 the fire District purchased for the princely sum of $500.00 a hand drawn piece of Fire Equipment that had belonged to the Lafayette Engine Company No. 3 in Lansingberg, NY.  The hand pumper, named “Old Joke” by the Lafayette Engine Company, is still in existance however over the year it’s name has changed to “Old Joe”. “Old Joe” is currently on display in our newly renovated fire hall , in it’s original Engine Room. “Old Joe” was in active service from 1874 until the mid 1950’s when sufficient motorized apparatus made him obsolete. He was restored around the turn of this century and though serviceable, only leaves his garage for parades and the occasional competition. Occasionally he has also been used to show our younger members how easy it is now-a-days to establish a water supply, and flow water as compared to the technology the members started with.

– Paraphrased from: “Faithful and Fearless: a history of the West Sand Lake Volunteer Fire Company #1” as compiled by Michele Sprague in 1997 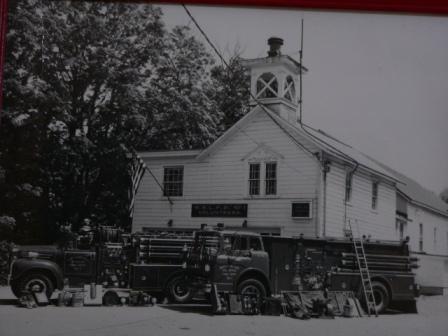 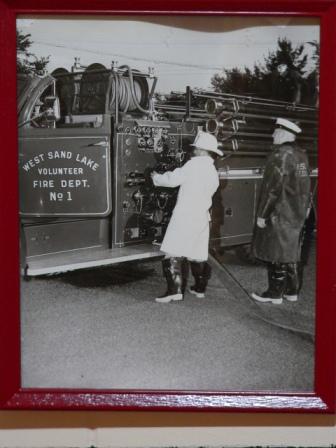 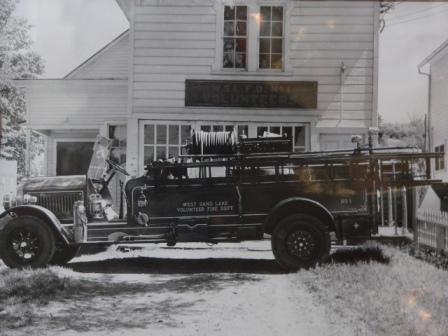 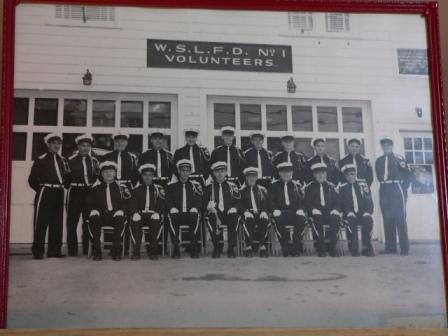 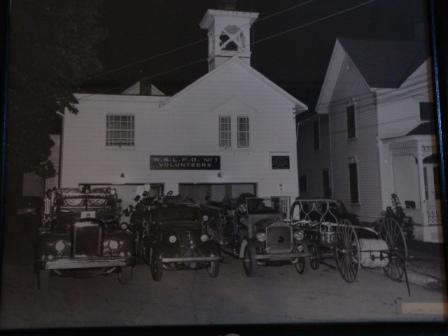